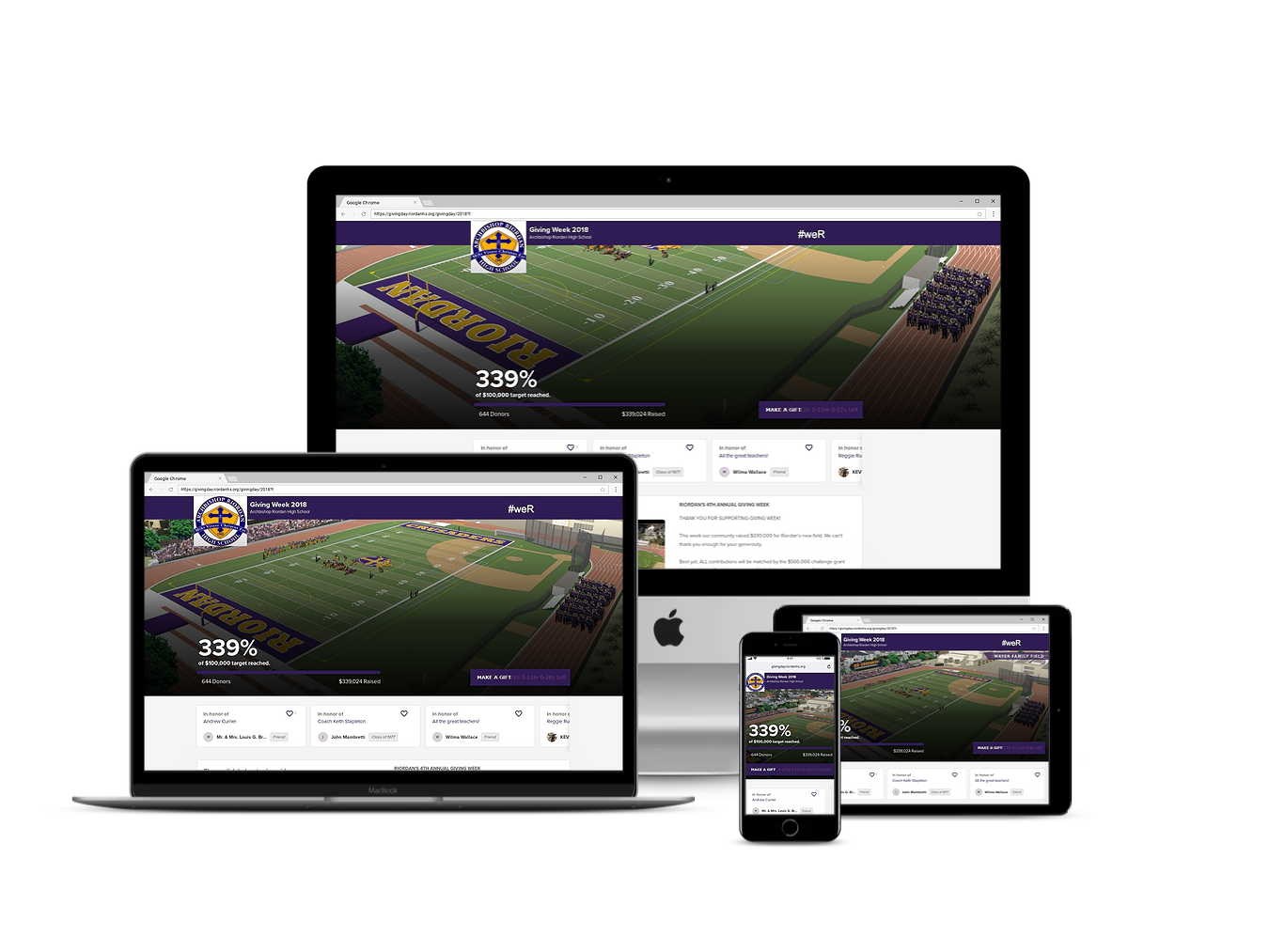 Archbishop Riordan High School is an all-boys, private, Catholic high school that was established by the Society of Mary in San Francisco, California. A part of the Roman Catholic Archdiocese of San Francisco, the institute has an alumni strength of over 20,000.

Known for its integrated program of academic, spiritual and co-curricular activities, Archbishop Riordan High School hosts giving days once every year. It helps inculcate the culture of philanthropy in their alumni network.

With their previous giving days, Archbishop Riordan High School noticed that the majority of the visitors to their page came from mobile devices. However, the existing online giving experience was not optimized for mobile devices and affected many alumni who were trying to donate from their mobile devices.

Dependency on IT team

Since each giving day campaign has a different cause, each time the school planned on hosting a giving day, they needed to customize pages on their website. For these customizations to be made, the advancement team had to rely on the IT teams, which led to delays in the campaign.

Lack of real-time visibility into the progress

With existing systems, the school did not have visibility into gifts that were being made, in real-time. This hampered their ability to react quickly and create campaigns to further their reach.

What Archbishop Riordan High School was able to achieve after implementing Almabase?

Archbishop Riordan High School made available real-time statistics on the contributions made so that alumni have visibility not only into their own contributions but also those made by fellow alumni.

Archbishop Riordan High School was able to achieve its goal of providing to its alumni a seamless, secure donor experience. Whether alumni were donating from their mobile, iPad or laptop, it took less than a minute to complete the donation. The school ensured that making a gift became as simple as placing an order on Amazon.

One thing that worked well for Archbishop Riordan High School is the social giving feature. With the click of a button, donors could effectively solicit their entire social media network for donations to this important cause. This peer-to-peer influence was measurable via real-time stats. The social giving feature was especially useful because it helped donors not only get an insight into the impact they created but also get a sense of who influenced how many gifts. This healthy competition drove more donations. In 2018, 20% of gifts to the giving day were made via social influence.