With limited team members overlooking alumni relations functions and an outdated alumni database, Archbishop McCarthy Alumni Association found it challenging to keep its alumni engaged throughout the year. The institution decided to capture the attention of its alumni with annual 10-Year reunions. With this, the institution was able to successfully capture 80+ attendees for 3 years in a row.

increase in event payments in 2 years 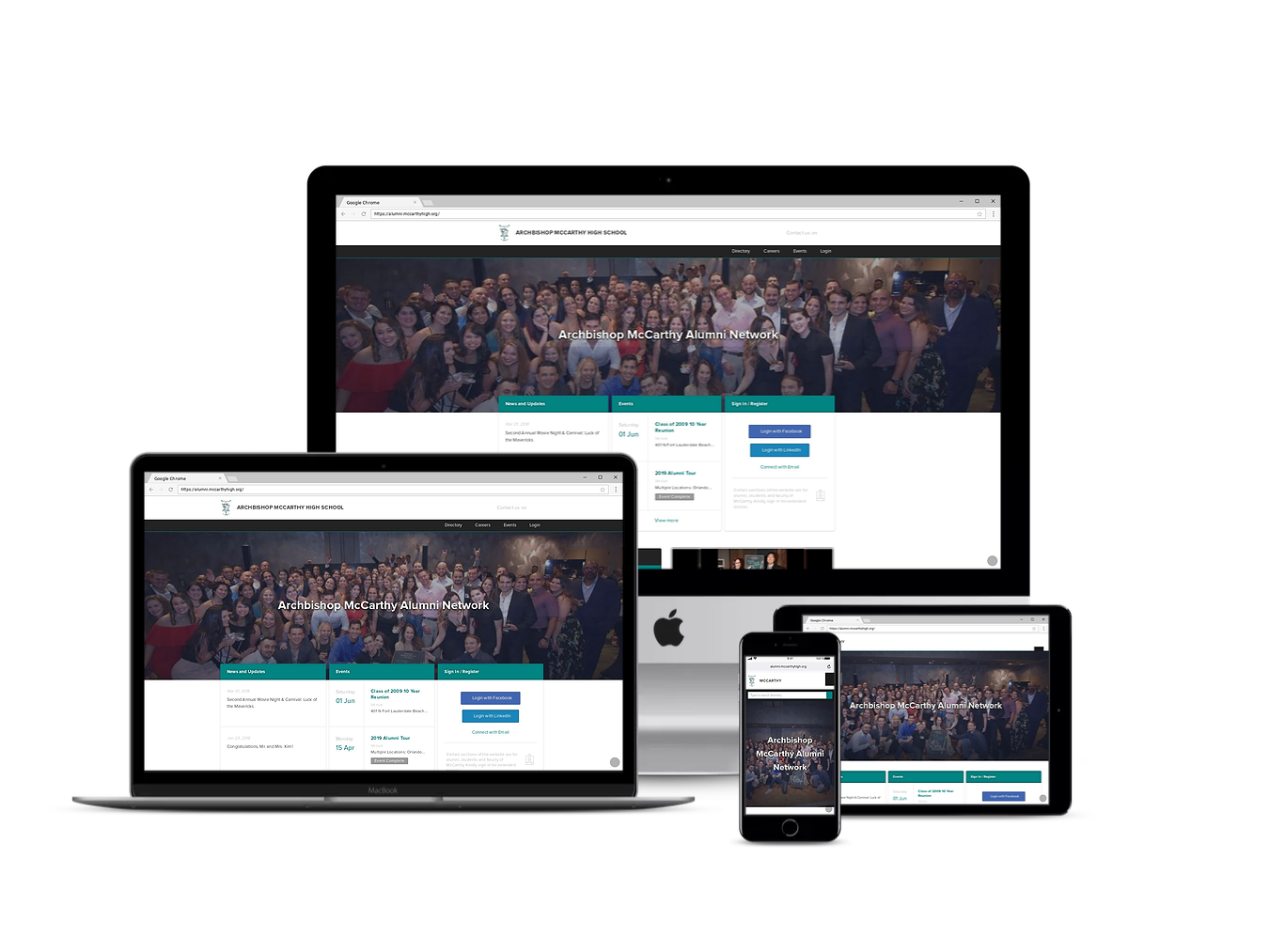 As a result of increased participation during its 10-Year Reunions, Archbishop McCarthy Alumni Association was able to update its alumni database and today has 98% contactable alumni.

With a total alumni strength of over 6000, Archbishop Edward A. McCarthy High School is recognized as a School of Excellence in the US by the Catholic Education Honor Roll and is also an Apple Distinguished School.

With just a two-person team handling all alumni relations functions, Irene Benitez, Director of Admissions, and Christine Mastandrea, Guidance Counselor & Excelsior Scholars Program Coordinator, the Archbishop McCarthy Alumni Association found it challenging to keep alumni engaged at all times. As a result of this, most events such as reunions were usually organized by the respective class years independently, i.e. without much involvement from the institution, further limiting the scope for alumni engaging with their alma mater.

Like most institutions, Archbishop McCarthy High School was unable to keep its alumni database up-to-date. While the institution was capturing alumni information at events, the volume was low and often the data would get outdated as there wasn’t any automatic process set up to update this information.

With an outdated database and the institution’s limited involvement in planning events, Archbishop McCarthy Alumni Association had little to no means of getting in touch with or engaging alumni. As most events were conducted independently by class years, there was no defined strategy to track post-event attendees and more often than not, all this data would get completely lost with no means of recovery.

What Archbishop McCarthy Alumni Association was able to achieve after implementing Almabase?

Equipped with a single platform that simplifies all event management functions such as RSVPs and email communication, Archbishop McCarthy Alumni Association has been able to host three successful 10-year reunion events since 2016 and has seen over 80 attendees each time.

Once a significant number of alumni signed up on the platform and got themselves registered for the event, they influenced others in their network and friend groups to sign up using social media sharing options available on the events page. The social media sharing feature became a huge hit with the alumni as the school witnessed an increasing number of registrations and a higher engagement rate as a result of alumni sharing the event page.

With alumni data being automatically captured from previous events, registration forms, social media, and various other platforms, Archbishop McCarthy Alumni Association was successful in updating 5979 out of 6,107 alumni records.

Archbishop McCarthy High School continues to grow its alumni participation by organizing successful 10-year reunions with Almabase. You can see more of their pages here.